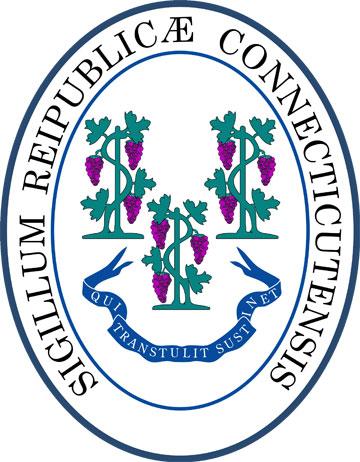 The Connecticut state seal is adorned with a trio of grape vines. Appearing below the the grape vines is a banner with the state motto: "Sustinet Qui Transtulit" (Latin for He who is transplanted still sustains). Sigillum Reipublicae Connecticutensis is Latin for "Seal of the State of Connecticut."