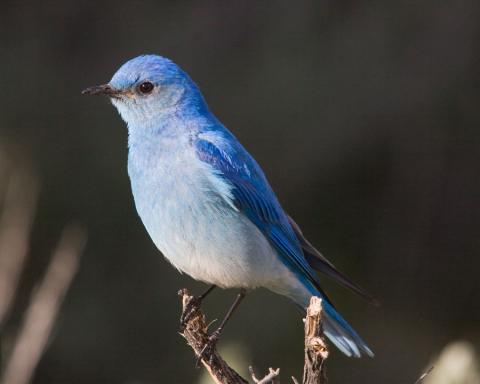 Mountain bluebirds hover over the ground and fly down to catch insects, and may also fly from a perch to catch them. Their main diet consists of insects and berries. They may forage in flocks in winter.