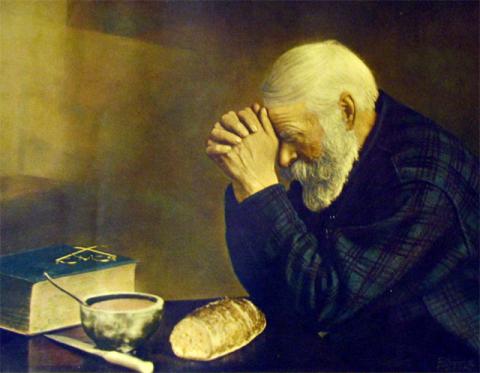 Minnesota designated "Grace" as the official state photograph in 2002 (Minnesota is the only state that has recognized a photograph as a state symbol). All Arts & Drama Symbols

The 1918 world-renowned photo depicts an elderly man bowing his head to give thanks. The photograph was taken in Bovey, Minnesota by Swedish immigrant Eric Enstrom.