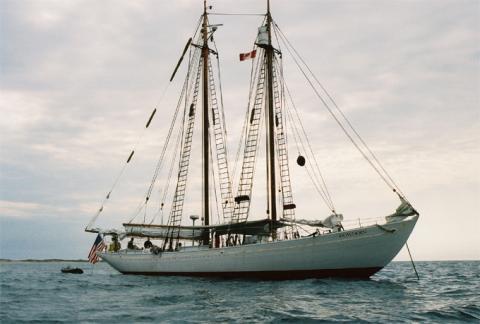 The arctic exploration schooner "Bowdoin" was designated the official state vessel in 1987. All State Vessels & Aircraft

The schooner Bowdoin was built during the winter of 1920-21 in East Boothbay, Maine, according to  detailed specifications of Admiral Donald MacMillan. The Bowdoin has made nearly 30 voyages to the ice-jammed waters of the arctic.

The schooner Bowdoin is now part of Maine Maritime Academy’s fleet, moored in Castine, Maine.  In 1989, the Bowdoin was designated as a National Historic Landmark.