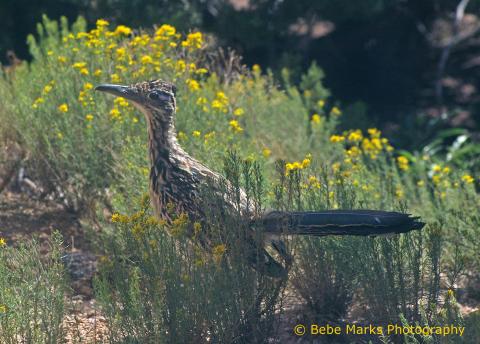 Also called the chaparral bird, el correcaminos, and el paisano, the iconic roadrunner inhabits desert and shrubby country in the southwestern United States and northern Mexico. Although a roadrunner is capable of flight, it spends most of the time on the ground, running at speeds of 15 miles per hour (or more) to catch its prey (insects, small reptiles, rodents, tarantulas, scorpions and small birds).

The Hopi and Pueblo Indian tribes believed that the roadrunner provided protection against evil spirits.