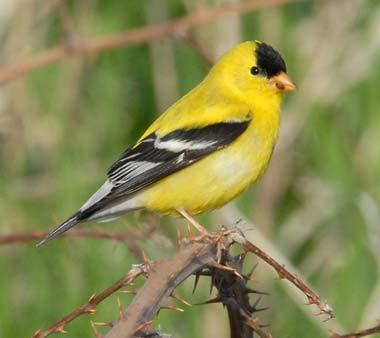 Washington designated the willow goldfinch (Carduelis tristis) as the official state bird in 1951. All State Birds

Also called American goldfinch or wild canary, the male willow goldfinch has a bright yellow body with black wings and tail, and black on top of his head. The female's plumage is more muted with an olive-yellow body and dark brown tail and wings (the male goldfinch also displays this same dull plumage in the winter months).